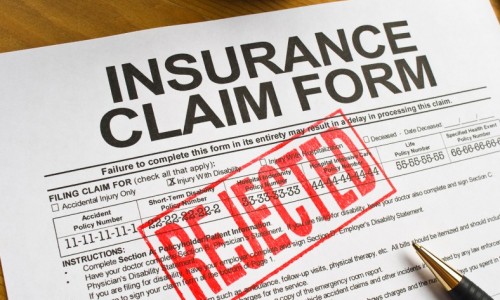 One thing Americans have to realize is that you should not use your insurance for anything except catastrophic medical events like surgery or hospitalization.  Insurance was not meant to be used for Primary Care and routine healthcare.  It is like using your auto insurance to pay for an oil change or your homeowner's insurance to pay for some landscaping.  Why would you use the most inefficient means of payment to pay for Primary Care.  This is the mental concept that has to change to get our healthcare system on the right track.  We have to realize insurance is only a means of diffusing the cost of a catastrophic event, whenever that happens, over a number of years.  It is not meant to be used for everything.

The insurance company's friends are their stockholders and executives only.  They shake your hand with one hand and pick your pocket with the other one.  If you think you have a good insurance plan, then I have some land in south Georgia to sell you.  It is all a shell game with your money.  They figure out what is important to you, either low deductible, low premium, or no copays, etc., and then they move the expense away from what you think is important to other aspects of insurance and so you think you are getting a deal.  Insurance companies are in the business of making money.  Forty percent of what you pay into insurance will not be used to care for you.  Instead, that goes in the insurance company's pocket.  So if we can take them out of the formula, insurance rates will drop.

Insurance companies were sitting at the table when Obamacare was designed.  The ACA (Obamacare) added a lot of preventative care to the mandatory list of what had to be covered.  That doesn't mean you get it free, it means it is covered and your rates just went up that much more.  Since there are more patients doing these procedures, they make 40% or more on each one being done.

Insurance companies love to make you think they are the good guy.  When you get that bill from the hospital for say $20,000, you get a statement from the insurance company saying they negotiated the price down to $3,000 and you only have to pay $1,000.  Wow, thank goodness you had your insurance and they saved you $19,000.  These prices are nothing but "Monopoly Money".  That price was never that high and you were probably still ripped off for the $3,000 amount.  You forget you paid probably $10,000 in insurance premiums to get $3,000 worth of coverage.

This poor understanding of what insurance is for and how much you are actually paying for it is part of the problem.  A patient said his shoulder hurt from a fall  three weeks ago and was going to see his orthopedist to get an MRI.  I asked him if he was ready to go to the OR regardless of the results of the MRI and he said, "absolutely not, it is not that bad".  So I asked why he needed an MRI.  He said, "because he wanted to know what was wrong".  That's a potentially $2,000-3,000 question.  If you are not willing to act on the results then the test should never be done.  Patients think that since they're paying for insurance they should get their money's worth.  You don't get your money's worth from insurance.  They will get you one way or another.

We have had circumstances where insurance companies will approve procedures to be done on patients and then deny it after it has been done.  They maintain the authority to change their mind.  We have insurance companies that tell patients procedures are not approved because we used the wrong code and therefore it is our fault they won't pay.  They won't tell us this "secret code" even when we show them where they had paid for the same codes we have always used in the past on other patients.  They just randomly deny payments on patients and hope we don't fight it.   If your insurance doesn't pay for a service they approve of then the patient has to absorb that fee, since insurance is nothing more than a form of payment.

If you want to see how an insurance company works then use the great reference of the movie "The Incredibles".  Mr. Incredible works for an insurance company and gets fired because he helps people get their payments by giving the "secrets of the insurance system" to the customers.  Insurance is for catastrophic events and not routine healthcare.