We have the benefit of having a good hospital in our area in Northside Hospital Forsyth. Unfortunately, they have also shown to be ruthless and cunning when it comes to payment for services at their facility. I am embarrassed for them in the way that they harass patients to the point just short of physical abuse. I have a few stories about them that angers me every time I tell them.

In their outpatient radiology department they are the worst. A patient was sent by me to get an ultrasound of her breast. She has a high deductible insurance plan and told this to the staff at Northside. They told her they normally charge $1,000 for this ultrasound, but since she had the high deductible they would only charge her $800 if she paid cash at the time of service. You would think this would be a great offer, but not even close. She initially accepted thinking it would save her $200. That is until I told her that this ultrasound is closer to $100 if paid by an insurance company. The hospital staff was strategically trying to manipulate the patient out of an additional $700 and try and make them look honorable in doing it. Another patient needing a CT scan of her abdomen was sent to Northside Radiology for the study. Northside told this patient since she had a high deductible that she had to pay $900 up front before they would do it. I made a few phone calls and she had it done at another facility for $300. Same quality and skill involved the only difference in my opinion is ethics. 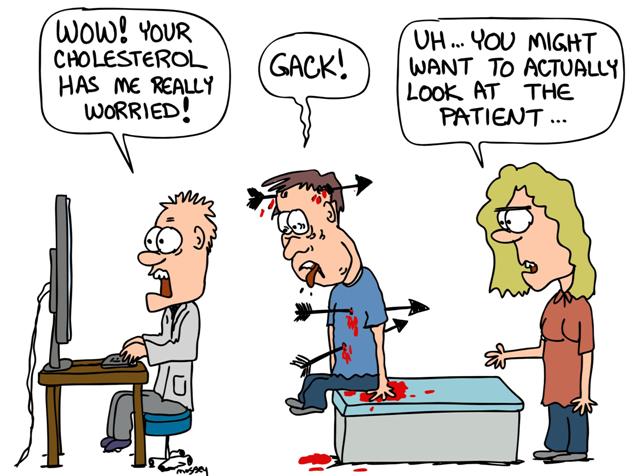 I contacted multiple radiology facilities around Cumming and Alpharetta asking them for their best cash pay price on CT’s and MRI’s to help patients save money. I found MRI’s priced at $475 for the lumbar spine. What a great savings to patients paying cash when through insurance it would cost around $2500 and if you have a high deductible that is what you will pay. Unfortunately, Northside Hospital has bought a number of these sites. When we called to ask if the cash pay price was still $475, we were informed by their staff, “Oh hell no. We have Northside’s prices now.” The new price for cash pay per Northside Hospital at this facility is $4080. A ten-fold increase. Higher quality now? No. Better radiologists? No. Let’s put this in perspective. This is the same as if Texaco bought a lot of the gas stations in Forsyth County and started charging $20/gallon of gas, or Publix bought up most of the grocery stores and started charging $30 for a gallon of milk. How can an organization do this morally when someone with bad insurance or no insurance may desperately need this. I can tell you, THEY DON’T CARE.

Other problems with the system is the way Northside, as well as other hospitals, are buying up medical practices around the area. Some are bought outright while others have a billing alignment, which is essentially the same thing. If a patient sees a physician owned by a hospital there is an 80% increase in charges compared to if the patient was seen in an independent practice for the same care given. If you have a high deductible, then you get to pay the difference. Ask before you see a physician if they are owned by the hospital or not. Another downside to this concept is the physician in this financial alignment is now more concerned about keeping the hospital happy and not as much about you. You will note that these physicians are paid based on the number of patients they see, the number of tests they perform or order, and the number of patients they get admitted. This allows for and promotes a tremendous increase in unnecessary expenses.

That is a great lead in to Northside Forsyth Hospital’s Emergency Room. Being Board Certified in Emergency Medicine, I am embarrassed by the recent trend I am seeing with a few of the providers there. On two occasions in just the past 3 weeks I have had patients seen there and blatant unnecessary tests were ordered on them. One patient sustained an injury to his jaw with no loss of consciousness, no altered mental status, and per the patient and the provider’s official medical record there was no neck pain. He received a CT scan of

his head, neck, and jaw probably billed for $3,000 each. Another patient had neck muscle spasm from coughing and had a CT scan of his chest and neck. A third patient, a friend’s employee sustained a laceration to his forehead without loss of consciousness and had normal mental status while in the ER and had a CT head done leading to a $10,000 bill for a visit that would have been $300 in my office. Have these ER physicians traded their clinical and diagnostic skills for a CT scanner or have they bought into the Northside Hospital concept of order anything and everything?

When dealing with Northside, remember the almighty dollar is their priority and after they get their money at significantly higher rates, they will take good care of you. Do not assume that tests being ordered are for your benefit. They are being ordered to satisfy office managers and add to complexity of a visit so they can charge more. If you are with Vickery Direct Care I hope you would have called me before going to the hospital and if you are in the ER let me know so I can help manage what tests are truly necessary.